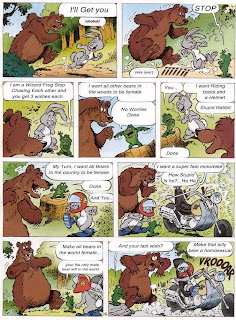 Check out the top 10 nations in terms of average Internet connection speed.

During 2008, South Korea's rate of quarterly change appeared to be locked into a cyclical pattern, with quarterly decreases being recorded in the first and third quarters, and increases seen in the second and fourth quarters.

3. Hong Kong
Hong Kong ranks third with an Internet connection speed of 6.9 Mbps. The country ranks fifth in terms of high broadband connectivity with 38 per cent of the connection above 5 Mbps.

4. Romania
Romania is at the fourth position with a Internet connection speed of 5.7 Mbps. The country ranks third in terms of high broadband connectivity with 45% of the connection above 5 Mbps.

5. Sweden
Sweden is at the fifth position with a Internet connection speed of 5.6 Mbps. Sweden ranks fourth in terms of high broadband connectivity with 39 per cent of the connection above 5Mbps.

6. Switzerland
Switzerland has bagged the sixth position with an Internet connection speed of over 5 Mbps. The country however does not figure in the top ten list of countries with high broadband connectivity.

7. Netherlands
Netherlands ranks 7th with an Internet connection speed of 4.9 Mbps. The country ranks 7th in terms of high broadband connectivity with 28 per cent of the connections above 5 Mbps.

8. Belgium
Belgium is at the 8th position with an Internet connection speed of 4.7 Mbps. The country ranks sixth in terms of high broadband connectivity with 31 per cent of the connection above 5 Mbps.

9. Slovakia
Slovakia bags the ninth position with an Internet connection speed of 4.5 Mbps. The country does not figure among the top ten in terms of high broadband connectivity.

10. Norway
Norway ranks tenth with an Internet connection speed of 4.5 Mbps. The country ranks fifth in terms of high broadband connectivity with 38 per cent of the connection above 5 Mbps.

There was once a king who decided that if he knew who the most important people to be with were, and what the most important thing to do was, and when the best time to do each thing was, that he would certainly be the finest king ever to rule the land.
Although he had asked his advisers, none had been able to give him a good answer to these questions.

At last he decided to ask the advice of a wise hermit.
The king dressed in the clothes of a commoner and set out for the forest.
When he neared the hermit's hut, he ordered his knights to stay back at a distance, and he rode the last section of trail alone.

The king found the hermit digging in his garden.
The old man greeted him but continued digging.
The king told the hermit that he had come to find answers to his three questions.
The hermit listened but gave no answer and continued working.
The king observed that the hermit was frail and elderly and that the work was very difficult for him.
The king offered to take over the digging, and the hermit allowed it.

The king dug for one hour.
Then he repeated the question, but the hermit did not answer.
He worked again for another hour, and then repeated his questions with the same results.
This continued for a few more hours until the sun began to sink low in the sky.
Finally the king got discouraged. "I came to you for answers wise man. If you have none, tell me and I will return home."

Just them someone came running up the path.
They turned to see a man with his hands pressed to his stomach and blood flowing from between them.
He dropped to the ground at the king's feet.

The king and the hermit knelt down and began tending to the man.
The king washed and bandaged the man's wounds.
The blood continued to flow so he had to change the bandages.
The king also helped the hermit to get fresh water, and to help the man to drink.

Finally the man slept and did not wake until the next morning.
The king too slept upon the ground, waking often to watch over the man.
In the morning the man woke up and looked at the king.

"Forgive me," he said to the king.

"You have nothing to forgive me for," the king answered.

"Oh, but I do," he said. "You were my enemy, and I had sworn to take revenge on you for killing my brother and taking my land. I knew that you were coming here today and I decided to kill you on the trail. But when you did not return for many hours I left my hideout to find you. Your guards recognized me and wounded me. I escaped them but I would have bled to death if you had not cared for me. I meant to kill you but now you have saved my life. If I live I shall gladly serve you for the rest of my days."

The king was so happy to have been reconciled with an old enemy that he immediately forgave him and promised to return his land.
Then the king called for his knights to carry the man back to his castle to be cared for by his own doctor.

After the wounded man had gone, the king asked the hermit once more if he would not give him the answer to his question.

"Your questions have already been answered." the hermit replied.

"But how?" the king answered, perplexed.

"How?" repeated the hermit.

Syed W.
If you like anything on my blog, please do send me a line.. I'd love to hear from you at waqasj@gmail.com. Thanks. Over the years most of us face many issues, highs and lows, personal battles and victories - all in our quest to get the most out of life. Sometimes it is hard to introduce yourself because you know yourself so well that you do not know where to start with. I am a person who is positive about every aspect of life. There are many things I like to do, to see, and to experience. I like to read, to write; to think, to dream; to talk, to listen. I like to see the sunrise in the morning, I like to see the moonlight at night; I like to feel the music flowing on my face, I like to smell the wind coming from the ocean. Please drop me an email should you have any idea which can help me to improve this site. Thank you in advance and seeing you again. You can't discover new oceans unless you have the courage to lose sight of the shore. 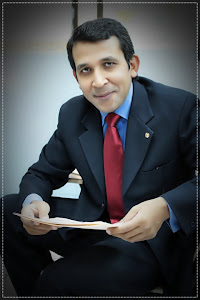